What is Fair Trade Coffee? 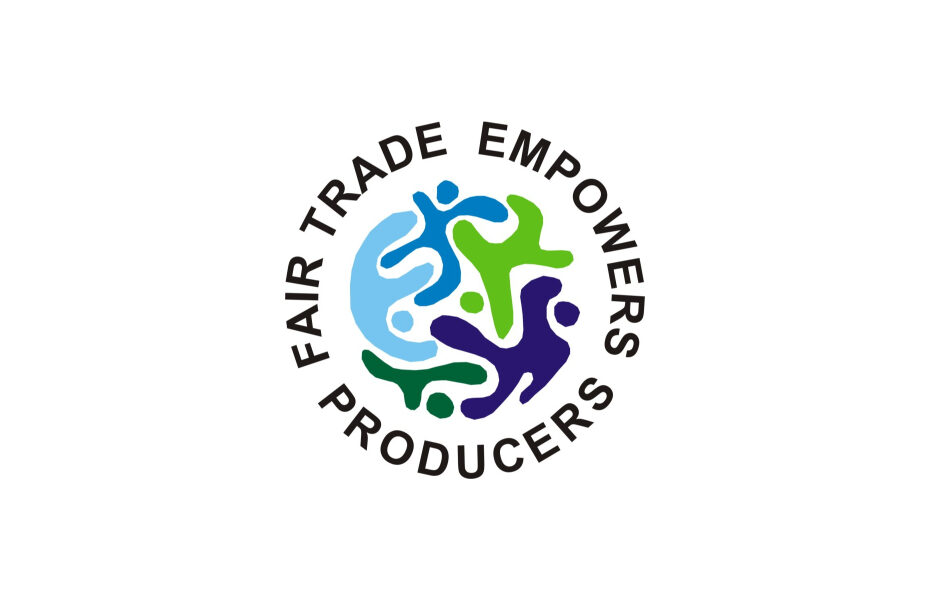 The Logic Behind Socially Conscious Coffee

Fair trade coffee is founded on the principals of social justice and environmental sustainability. Its advent is a reaction to the worldwide exploitation of coffee growers. Coffee is traditionally a volatile market, where world prices can dip well below production levels, even while the cost of a cup of coffee remains the same. When prices fall, small-scale farmers are vulnerable to a cycle of poverty and debt, which is nearly impossible to transcend. The downfall of small farmers opens up the coffee market to huge companies who clear-cut forests, use chemicals and pesticides, and are not required to provide livable wages or safe working environments to employees. Fair trade coffee economics attempts to give the local coffee growers some stability within their livelihood.

The concept of fair trade originated in the 1940’s. A handful of church groups created a business model designed to benefit producers in Latin America, Asia, Africa, and the Caribbean. The idea began with handcrafted goods, but today it encompasses coffee, tea, cocoa, fruit, sugar, rice, and vanilla. Fair trade officially began with the formation of the international regulatory agency, Fairtrade Labeling Organizations International (FLO) in 1997. Today there are twenty organizations in 19 countries that belong to FLO, including the U.S. member, Transfair USA.

The FLO and its member organizations are responsible for setting fair trade requirements and certifying companies who want to carry the fair trade logo on their brand. When a company is certified they have agreed to fulfill certain criteria, and are making a commitment to provide the consumer with a socially conscious product.

History of the Fair Trade Movement

There is a concern that traditional market systems of trade maximize economic profits for the global North, while costing the South not only economically, but also socially and environmentally.

The Fairtrade movement arose during the post-World War II rebuilding period. Globally, this was a period of time when organizations were formed in an attempt to standardize financing practices and development policies.

The idea of “development trade” began with European and American organizations and churches linked with impoverished communities. These groups would purchase goods from people in developing countries and sell them to customers in developed countries.

Throughout the 60’s and 70’s the number of these organizations – known as Alternative Trade Organizations or ATOs – increased (including the organization Ten Thousand Villages which still exists today). The ATOs were most heavily concentrated in Europe where alternative trade shops sprang up selling goods bought directly from producers or producer organizations.

Many of the secular ATOs in Europe were associated with the political Left and worked to build bridges with communities in countries such as North Vietnam, Cuba, and Nicaragua after the Sandinista revolution. Fairtrade’s commitment to “solidarity” comes from this leftist tradition.

In the 80’s, development organizations were championing the slogan “trade, not aid” as the proper method to sustainable development. In reaction to the corruption and systems of dependency created by foreign aid to large organizations and directly to governments.

The solidarity networks that formed during the 60s and 70s were working together to propose a fundamentally different market system as a challenge to the global capitalist system. It was at this point the term “fair trade” was connected to the movement as opposed to the “free trade” policies of the time.

In 1988 an indigenous coffee cooperative from Oaxaca, Mexico drafted a proposal for Dutch ATO, Solidaridad, to buy and sell large quantities of coffee. Rather than creating a bridge between the one Mexican group and the European market, Solidaridad came up with the Max Havelaar label. This label could be placed on any coffee where the producer was paid a “fair return”.

This certification process was mimicked by other groups, including Transfair and the FairTrade Foundation. At the same time, ATOs were increasingly working together. In 1989 the International Federation for Alternative Trade (IFAT) formed between dozens of organizations to create a global support network.

In 1997, the various fair trade certification organizations formed an international organization incorporating the ideals of all of the separate labels into one. The Fairtrade Labeling Organizations (FLO) group created a set of standards and systems of accountability to ensure the standards are met.

Starbucks and the Future of Fairtrade

Benefits of Fair Trade for Producers

Based on on-going fair trade research, many consumers of fair trade coffee think that they are buying a product produced through more equitable, just, and humane production methods. The following is a breakdown of the benefits on coffee producer households, organizations, and communities participating in fair trade practices as described in Dean Cycon’s book Javatrekker, Daniel Jaffee’s Brewing Justice, and Latin American and Caribbean Network of Fair Trade Producers (CLAC) and Fairtrade Labeling Organizations (FLO) impact reports.

Increased incomes– Because Fair Trade gives small producers access to international markets and guarantees a floor price, small producers earn a higher wage for their labor. Jaffee found that fair trade workers earned three times as much as those who went through middlemen selling traditional coffee. Additionally, he found that producers received the payment in three installments throughout the year, rather than only once. One of these payments is the advanced payment producers are eligible for which can be as much as 60% of the expected yield (though this advance payment is typically much less).

According to CLAC reports, this increase in incomes correlates with an increase in school attendance for youth who have the luxury to work less as well as with better living conditions.

Social networking– Participation in fair trade networks gives producers access to technical assistance to improve coffee quality and yield, social welfare programs (such as school scholarships or educational supplies), micro credit programs critical for farm improvements, and organizational capacity-building courses. These capacity building courses range in topics from computer skills, organizational structuring, due-diligence and proposal writing, or even negotiation. The strengthening of producer organizations allows individuals to voice the needs of the household in a way that is not possible as a sole voice.

While activists and academics debate how much of this social networking and individual empowerment can be attributed directly to the fair trade movement, few would argue with the positive impact on individuals social networks and building social capital has.

Capacity building– Because fair trade organizations are embedded within a broader support network and are held to certain standards, they are provided with the knowledge and skills to meet those standards and improve their business practices. The benefits organizations cite due to this capacity building are: improvement of farmer business practices, increased quality of coffee beans, adaptation of an open and transparent business practice, access to loan and capital for organizational facilities (for example, an organization can use a loan for a water filtration system to clean the grey water from the coffee processing), ability to negotiate, social empowerment, collective land trusts, and advocacy programs.

One of the standards of the fair trade certification is the social premium. This is a guaranteed amount paid per pound used for social projects ranging from education scholarships, facility improvement, producer training, clean water projects, or credit programs. These projects are determined at the cooperative level collectively depending on a cost/ benefit analysis.

According to the National Coffee Association, about 80% of Americans drink coffee and more than half of them consume coffee everyday. That number translates to over 100 million people who start their day with at least one cup of coffee. If you add up all of the java consumed across the globe, that number grows exponentially. About 500 billion people drink coffee, most of them for breakfast!

The Biggest Coffee Growing Countries are Among the Poorest

More than 50 countries across the world grow coffee. Much of the world’s finest coffees come from hottest regions including those in Central and South America such as Brazil, Guatemala and Columbia.

Coffee Profits do not Reach Coffee Growers and Field Workers

Companies like Starbucks certainly get their share of the coffee profits, but it might surprise you to find out who is making the big bucks when it comes to coffee growing, marketing, roasting, shipping and even retail stores.

When you buy a cup of coffee or a pound of your favorite coffee beans from the local shop, here is a breakdown of where your dollars go:

As you can see, very little of the money wind up in the hands of the coffee growers or workers in the fields and instead 90% of the profit from that cup or pound of coffee goes to other “middle men” along the way.

Since the climate is perfect for coffee growing in many of these poor countries, there is no reason not to take advantage of this cash crop. However, according to organizations such as Global Exchange, one of the biggest problems about the coffee industry is that many of the field workers suffer in conditions that are essentially “sweatshops in the fields.”

For example, a typical field worker on a coffee plantation makes about $3.20 a day. These unfair wages often perpetuate poverty over several generations of families who work hard to support themselves, but cannot manage to do so with such low wages. Unsafe working conditions also put the health of farmers and field workers at risk.

Not to mention that many of these farms include workers who are children. According to UNICEF, 70% of children in some of the poorest countries around the world work in agricultural fields without any protection from labor laws.

Fair Trade Coffee – Why Buy it?

What if you are a coffee drinker who enjoys good quality coffee but you want to be socially responsible and not contribute to poverty in other countries? One solution is to buy fair trade coffees. These coffees eliminate a good portion of the middlemen profits and help to put more profits in the hands of the field workers and growers.

What is fair trade coffee? It is coffee grown under the following certification requirements set by Transfair USA.

Where to Buy Fair Trade Coffee

There are one hundred companies in the United States that are certified by Transfair USA. Some companies, such as Equal Exchange, Peace Coffee, and Dean’s Beans carry fair trade beans exclusively, generally organic fair trade coffee. Other companies carry one or more fair grade coffee roasts. You can buy fair trade coffee online, and in most major grocery stores, it is just a matter of looking for the fair trade logo – a black and white figure carrying two baskets. Whole Foods Market, Wegman’s, Safeway, Costco, and Trader Joe’s all carry fair trade coffee. Also many coffee shops, such as Starbucks Coffee and Caribou Coffee offer some qualified products, you just have to ask for it.

Today fair trade coffee economics are still shaky at best. Farmers are only able to sell about 20% of their crop to fair trade buyers. The rest goes to conventional buyers, typically for $.60 or $.70 a pound. This is because the demand for fair trade coffee is still low. It is, however, the fastest growing coffee in America. As consumers continue to demand socially conscious coffee, companies will make the effort to offer organic fair trade coffee. It is, ultimately, up to the consumer.