How to Use a French Press for Great Coffee 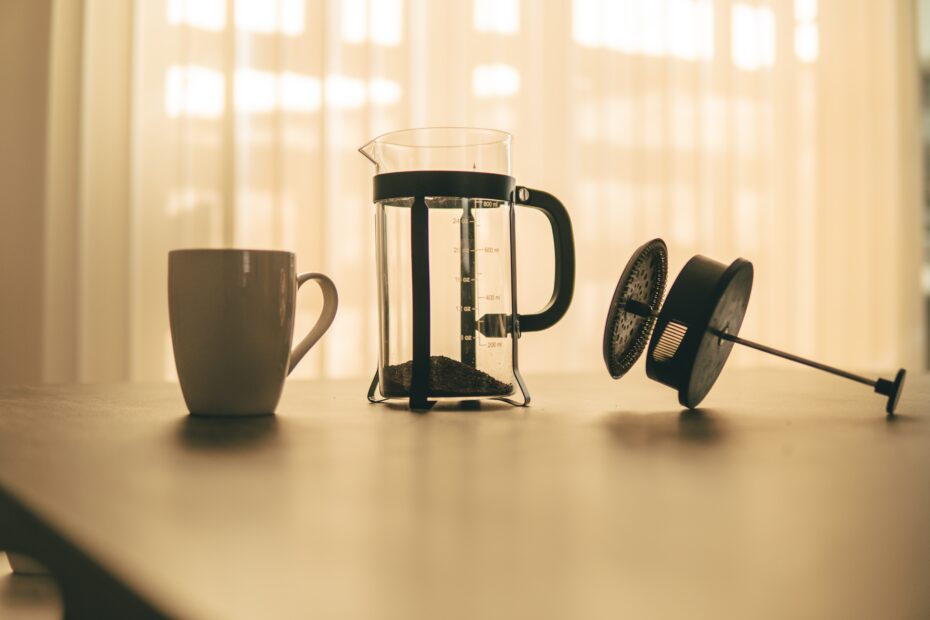 Many coffee connoisseurs judge that the French Press is the best method for brewing a great cup of coffee.

By any other name, the French Press is also known as:

Once you have a firm grasp on the five necessaries for How to Make Great Coffee, you’re ready to learn…

How to French Press

Size matters here, too. You only want to brew as much coffee as you will immediately serve. Cup ratings on almost all coffee makers are deceptive. One mug of coffee means three cups. If you regularly make coffee just for yourself, buy a four-cup press. If you’re making for you and your coffee-mate, buy the six-cup size. Don’t get the biggest one just because twice a year you’ll want to make coffee for the family gathering. It won’t make as good a cup of coffee when it’s just you.

A certain amount of “sludge” is expected with the French Press. It’s not a bad thing. In fact, it may be adding needed fiber to your diet. If it offends you, don’t drink the last eighth of an inch of coffee from your mug. You can minimize it by making sure your coffee is evenly ground to a coarse consistency. A conical burr grinder does the best job and are adjustable. The more common electric blade grinders produce dust and boulders = maximum sludge,

What Makes French Press So Good?

The key is in the way the coffee is filtered. The just-off-boiling water is poured directly over the freshly ground coffee and allowed to steep, without intervention for 2-4 minutes. This maximizes the time the hot water has to leach as much flavor as possible from the coffee. The result is that more of the essential oils, lipids and coloids join the brew. Paper filters trap would trap many of those oils that are so essential to a great cup of coffee.The French Press’ nylon or steel screen traps the coffee grounds and presses them to the bottom.

Is it Really French?

Probably. At least partly. Once again, the history is bound up in folklore. The story goes that a Provençal gentleman would boil his coffee each day and take it to a hilltop to think deep thoughts. One day he forgot to add the coffee until the water was done and the fire doused. Not wanting to waste firewood –and maybe a little on edge till he got his coffee– he had the idea to wrap his ground coffee up in a rag and put that in the pot of hot water. Of course it floated, so he pushed it to the bottom with a stick. He was amazed and pleased by the result. At some point he showed this method to an Italian gentleman of his acquaintance and the two of them went to Switzerland and started making what has come to be known as the French Press.