History of the Coffee Bean, Cherry, and Shrub 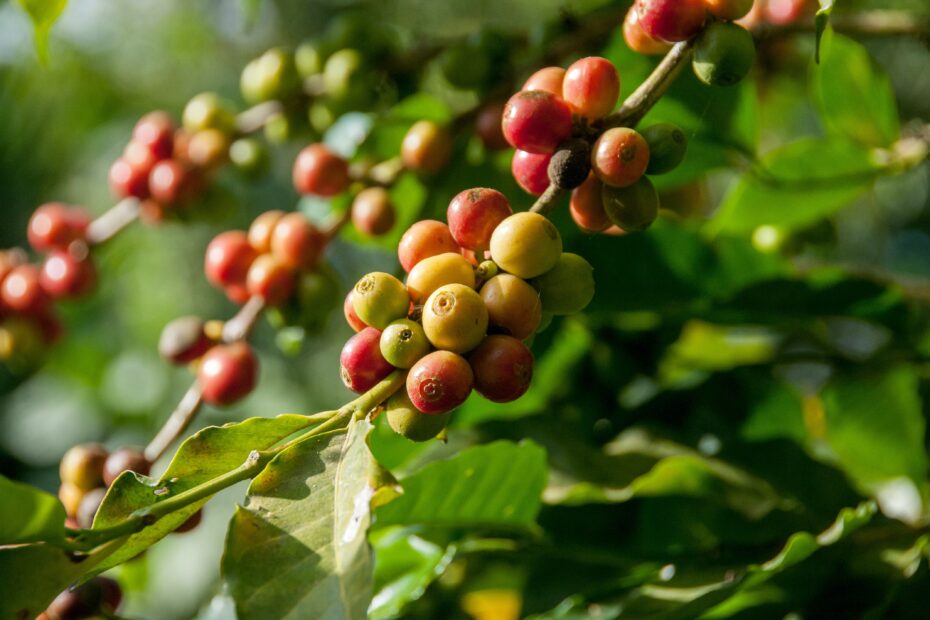 What he found was to become known and adored world-wide as a steaming and frothy cup of coffee. The shepherd, Kaldi, it is told, plucked some cherries for himself and soon learned of the enlightening stimulation that followed and presumably his goats already knew about. Witness to the demonstrative discovery, a monk plucked some berries for his brothers, and that night they were uncannily alert and fastidious in their prayer practices. (Interestingly, monks also played an important role in the history of beer).

Thia story of discovery has been dated back to 800 A.D., and the dark leaves and berries that Kaldi and his goats were munching on were from the Coffea genus of the Rubiaceae family Coffea (coffee). But the berries apparently weren’t used for brewing coffee until around 1000 A.D, at least according to historic references.

By 13th century Muslims were drinking coffee religiously, and wherever the Islam Empire went the dark broth went too. Apparently, Arabia had made it a point to export only beans that had been rendered infertile by parching or boiling. Legend has it that no coffee seed sprouted outside Africa or Arabia until the 1600s, when the crafty Indian smuggler, Baba Budan, reportedly left Mecca with fertile seeds strapped to his belly.

From then on, every pot from the Turks to the Italians percolated with the magical black stuff, and in 1696 the Dutch founded the first European-owned coffee estate on colonial Java, which is now part of Indonesia. Then, In 1714, coffee would make its greatest journey ever, as Gabriel Mathieu de Clieu, in Paris on leave from Martinique, a French colony in the Caribbean, led a midnight heist of some clippings from Louis XIV’s royal and much-cherished coffee tree.

Clieu got out clean but just barely and brought the bounty back to his island where the clippings, reportedly under armed guard, grew strong – so strong, in fact, that its offspring numbered about 18 million trees in only around 50 years, at least according to National Geographic on-line.

Coffee in the Americas

Witness to all of the coffee commotion, Brazil, in 1927 asserted her desire for a piece of the coffee market by sending an undercover agent to nab some of the coveted crop. The mission was, as history would dictate, successful, leading to the World’s greatest coffee empire and delivering a steamy cup of morning Joe from hands of the elite to those of the masses.

And drink it we do. Seventy-five percent of all caffeine consumed in the U.S. is done so through the medium of coffee. Worldwide, we kick back over 400 billion cups of the stuff annually, and Brazil employs an estimated 5 million people in all aspects of the coffee industry.

Further, according to the SCAA 1999 Market Report, there were 108,000,000 coffee consumers in the United States alone, spending an approximated 9.2 billion dollars in the retail sector and 8.7 billion dollars in the foodservice sector. The National Coffee Association found in 2000 that 54% of the adult population of the United States drinks coffee daily, whice puts the typical U.S. coffee drinker at about 3.1 cups of coffee per day (stats do not include coffee drinks, such as coffee beer and soda).

And consuming all of that coffee might not be such a bad thing. Despite some bad publicity coffee, according to recent reports, could actually be good for your health. It may help relieve the persistence of gout (uric acid to collect in joints), and the Harvard School of Public Health showed that “long-term coffee consumption is associated with a statistically significantly lower risk for type 2 diabetes.”

Further, the American Journal of Clinical Nutrition suggests that “consumption of coffee, a major source of dietary antioxidants, may inhibit inflammation and thereby reduce the risk of cardiovascular and other inflammatory diseases in postmenopausal women.” In addition, various studies have also linked habitual coffee drinking with lowering the risk of liver cancer.