Coffee – From Bean to Brew 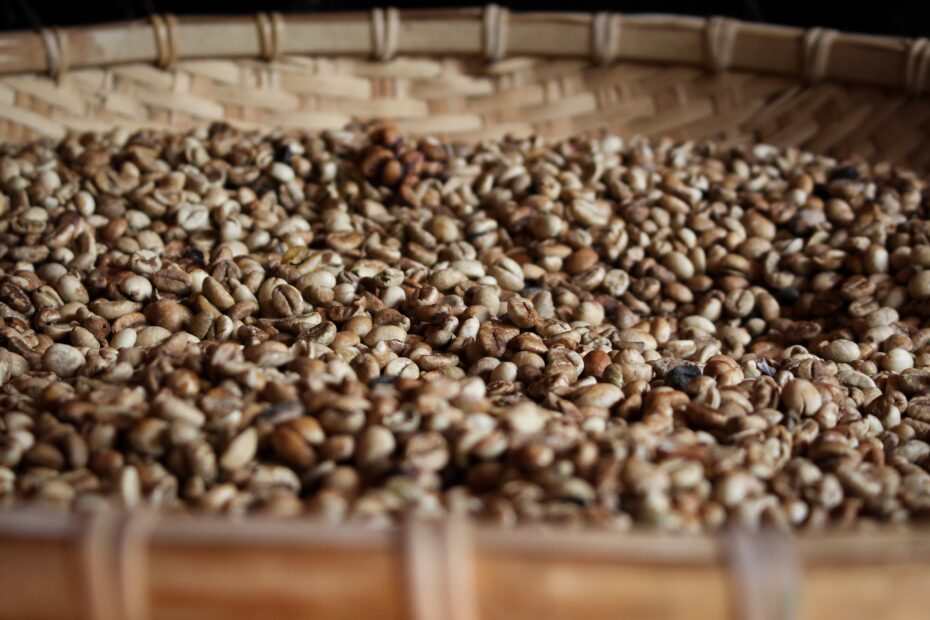 The need for liquids is even more pressing in humans than the need for food. From earliest times, humans have used plants and their products to produce beverages that refresh and stimulate more than water alone. The most familiar examples of such beverages are coffee, tea, and cocoa (chocolate).

The Origin of Coffee

The consumption of coffee in one form or another has a long history but its exact origins are lost in the mists of time. At first, coffee berries were eaten whole. The practice of roasting the seeds and producing the beverage we would recognize as coffee is believed to have begun in the thirteenth century in Yemen.

By 1500, coffee trees were widely cultivated in Yemen and coffee drinking had spread rapidly throughout the Arabian world. In fact, some of the terms we associate with coffee, like mocha, kava, and even coffee itself, are derived from Arabic terms. First used to keep worshipers awake during long religious vigils, coffee drinking soon acquired social aspects as well.

Venetian traders introduced coffee to Europe in 1615, and by 1700 coffeehouses could be found throughout Europe. The first North American coffeehouse opened in Boston in 1669. Three hundred years later, during the 1960s, coffee houses in the United States experienced a resurgence and became focal points of political debate and socially conscious folk music.

Today, coffee houses are again popular here, specializing in gourmet and exotic blends. They are also becoming popular abroad as evidenced by the thousands of coffee houses that have opened in Japan in the past 25 years. Coffee drinking is still making such inroads that it may soon become the most popular stimulating beverage in the world.

From the Arabian peninsula, coffee cultivation spread to the Dutch colonies of the East Indies and then to the New World into Dutch Guiana and Brazil in the early 1700s. Today Brazil and Colombia are the world’s leading coffee producers.

The Nature of the Coffee Plant

The coffee tree is a small evergreen tree or shrub with shiny leaves. The fruit of the coffee tree is a berry called a “coffee cherry” because it is red at maturity. Within the fruit is a fleshy edible pulp surrounding two grayish seeds. It is these seeds that are used in the production of coffee and so often referred to as coffee “beans.”

Coffee trees can only be cultivated in tropical and subtropical climates and grow best in the cool highlands where the temperature is stable. The plants cannot tolerate the least bit of frost and freezing temperatures can devastate the coffee industry in the affected locale.

On gently rolling hills mechanical harvesters can be used but in steep mountainous areas, the berries are still picked by hand.

How Coffee is Processed

Once the berries are picked, depulping follows to free the seeds from the fruit. The “beans” are then roasted. The type of coffee bean and the temperature and timing of roasting are critical for producing the different varieties of coffee. Light roasts are accomplished around 414-424 F. Dark roasts are produced at around 464 F and black French Roasts at an even higher 485 F.

The different varieties of coffee result from chemical reactions that take place when the bean is roasted. Most brand-name coffees are a blend of several varieties of beans. Varieties are so distinctive that professional coffee tasters can identify the country of origin and even the region where the bean was grown.

Unroasted beans can be stored for long periods, but, once roasted, the beans deteriorate in flavor. Ground beans have even a shorter shelf life, but vacuum packaging slows down the deterioration.

Instant coffee was created by a Japanese chemist in 1901, but did not gain popularity until World War I when it was shipped to U.S. troops overseas. To manufacture instant coffee, brewed coffee must be dehydrated. The most common method is by spray drying; the hot coffee is sprayed through nozzles into the top of a tall building.

As the coffee falls, the water evaporates, leaving a dry powder. Freeze-drying is the latest innovation in the dehydration process. This method involves freezing the coffee under vacuum conditions producing what are called coffee “crystals.”

With today’s more health-conscious public, decaffeinated coffee has increased in popularity. However, the decaffeination process is controversial. Various solvents are used to extract up to 99.7% of the caffeine from green unroasted beans that have been softened with steam and then the solvent is thoroughly rinsed from the beans. Controversy does surround the safety of the solvents used in this process.

Another method has been developed that uses water as the solvent and while less effective at removing caffeine, would certainly eliminate the safety issue of the solvent

Remarkably, the pungent brew made from the grindings of the humble coffee bean has taken the world by storm.