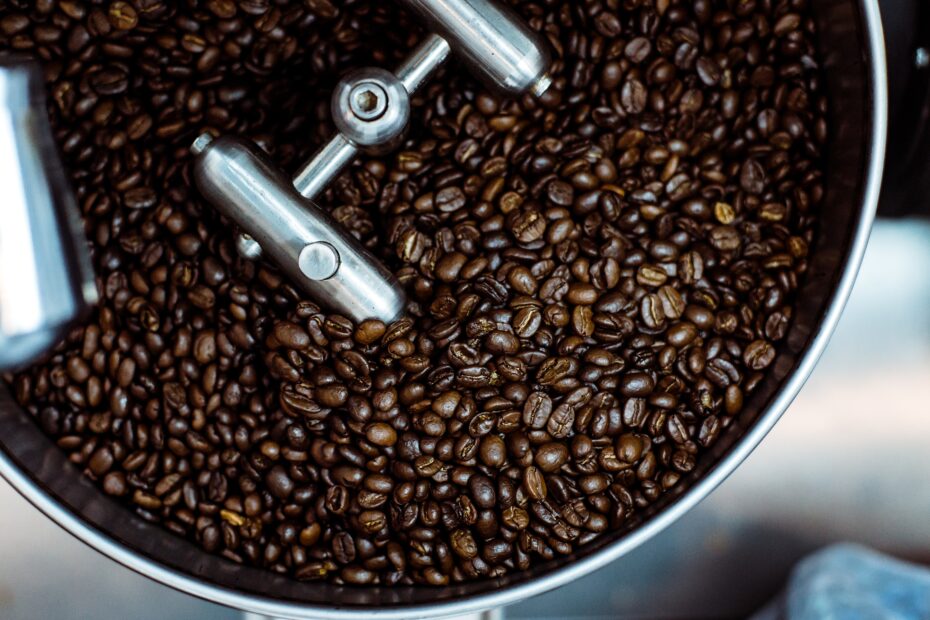 Every Roaster Has Its Own Unique Method

The coffee bean roasting is as individual as a fingerprint. The basic methods are the same, but there are many variables a roaster can control to give the beans flavor.

Roasting is to coffee beans as carbonation is to soda pop: one couldn’t exist without another. Well, it could exist, but chances are we wouldn’t want to drink it.

The roasting process is what produces the characteristic flavor of coffee by causing the green coffee beans to expand and to change in color, taste, smell, and density. Unroasted beans contain similar acids, protein, and caffeine as those that have been roasted, but lack the taste.

“The beans come in [to the roaster locations] green,” said Alan Stuart, president of Allann Bros. Coffee in Albany, Oregon. “If they’re not roasted, you can’t make coffee.”

Beans are Roasted Either by Fire or Air

There are two basic roasting methods: air roasting or fire roasting. Air-roasted coffee is typically heated in an enclosed cylinder, which burns the seed casings and other inedible matter within the coffee beans. The beans are cooked from the outside in, which allows roasters to process large batches of coffee very quickly. With fire-roasted coffee, the coffee beans are roasted from the inside out. Fire roasting is usually done in small batches, which gives one more control over the roasting process.

“The type of bean used will make the most difference in the taste,” Stuart said. “Generally, Indonesian coffee beans have a heavy body, where African beans have a wine-like taste, and Central American coffee will give you a nutty flavor.”

Each coffee roasting company has its own method, but the general process goes like this: Green coffee beans are heated in a large rotating drum, tumbling round and round like laundry in a dryer. After five to seven minutes of intense heat, much of the moisture evaporates. After about eight minutes, the first pop occurs. The beans double in size, bursting like popcorn as they expand. During this process, the beans’ color have changed from green to yellow to light brown. At this point, the beans have a sour, one-dimensional flavor.

At about the 10-minute mark, the beans will have reached an even brown color and oil starts to appear on their surface. At this roasting time, the beans begin to acquire their full flavor potential. The second pop signals that the coffee is almost ready to be released into the cooling tray.

“[Roasting coffee] is like cooking a prime rib,” Stuart said. “Each step in the process affects how the coffee will taste. You have to coax out the flavor, whether you want it to be smoky, grassy, earthy or whatever.”